25October
Posted in In the News, Telemedicine

The first telepharmacy in Arizona is now up and running, and the folks behind it are Roger Rose and his team at Wickenburg Hospital.

Roger Rose is the Director of Pharmacy at Wickenburg Hospital (WCH), a Wickenburg, Arizona-based hospital with clinics located in the communities of Wittman and Congress. In the spring of 2019, WCH implemented a telepharmacy located inside its Congress clinic. We spoke with Roger about this experience and how Wickenburg Community Hospital decided to run the first telepharmacy in the state of Arizona. 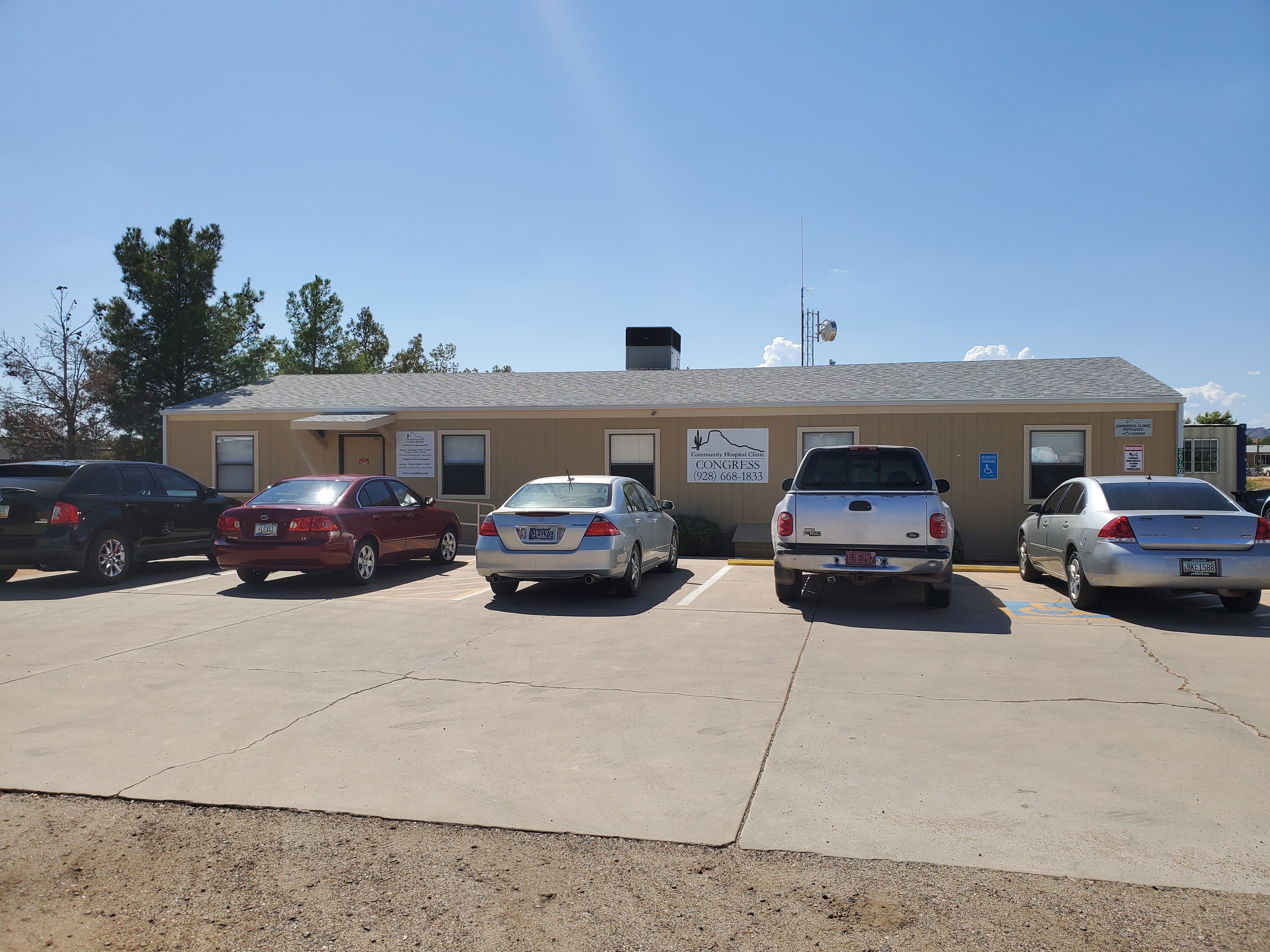 Describe how the decision was made to implement telepharmacy in the community of Congress, Arizona.

The Wickenburg Community Hospital Pharmacy is a long-established, licensed brick-and-mortar pharmacy. I became the Director of Pharmacy at Wickenburg Hospital about 6 years ago and I oversee the pharmacy services in both Wickenburg and Congress. Congress is a rural desert community with a population of about 3,500 people. The population varies because in the wintertime we get a lot of snowbirds who relocate down here for the season.

Congress never had a pharmacy located in the town, so if you live in Congress, you are driving 30-40 miles round-trip to fill a prescription. That’s really inconvenient and presents presents a hardship for many people needing to get their medications. For the health of the community, we wanted to find a way to make it easier for residents of Congress.

We initially looked into implementing a program where we would stock a machine that would dispense medications, much like a candy machine. The Arizona board of pharmacy rejected the idea at the time because there were no regulatory standards to cover that model. We also tried filling prescriptions at the hospital in Wickenburg and delivering them to the clinic so patients could pick them up, but most people didn’t take advantage of it. While we were there we would also be available to counsel patients if they had any questions, but it really was not a great process. At the time it was really the only way to help those patients out.

I had known about telepharmacy for a while because other states were already allowing it, but nothing in Arizona’s regulations supported that type of practice. I thought it could be a good fit for our use case, so I kept abreast at board meetings for when it became legal. When it did, we were blessed to be the first to present in front of the board and be approved for telepharmacy.

Can you describe the process of working with TelePharm to get the software implemented and get the telepharmacy up and running?

I initially met TelePharm at National Community Pharmacists Association’s annual convention, and I was drawn to their booth because I had been interested in telepharmacy for a while at that point. They put me on a mailing list and stayed in touch with me while the regulations were being discussed by the board. There was even someone from TelePharm who came here and helped present to the board and get the regulations passed around telepharmacy.

The process of working with TelePharm has been really good, they are incredibly responsive and helpful. Not to mention the software is great, which I’ve shown to many of my peers and they’ve all been very impressed by it. I don’t know how we would have done any of this without them.

Describe the workflow at the telepharmacy. When is it open, and who is verifying and counseling patients?

The telepharmacy is located within the Congress Community Clinic and is open on the same schedule, 8am-5pm Monday-Friday. We have three pharmacists at the Wickenburg pharmacy who are all verifying prescriptions and conducting patient consultations via the TelePharm software for the Congress telepharmacy. The pharmacist speaks to every patient at the telepharmacy regardless if it’s a new prescription or a refill, which I think that’s a great benefit. Due to the lower volume in the telepharmacy we are actually able to spend time with each patient to ensure they are taken care of.

Also, we are the first telepharmacy to install RxSafe. We felt that it was important for us because the size of our clinic pharmacy is very small compared to traditional retail pharmacies. We take advantage of TelePharm and RxSafe as a way to really utilize the cutting edge technology and provide the best care to our patients. 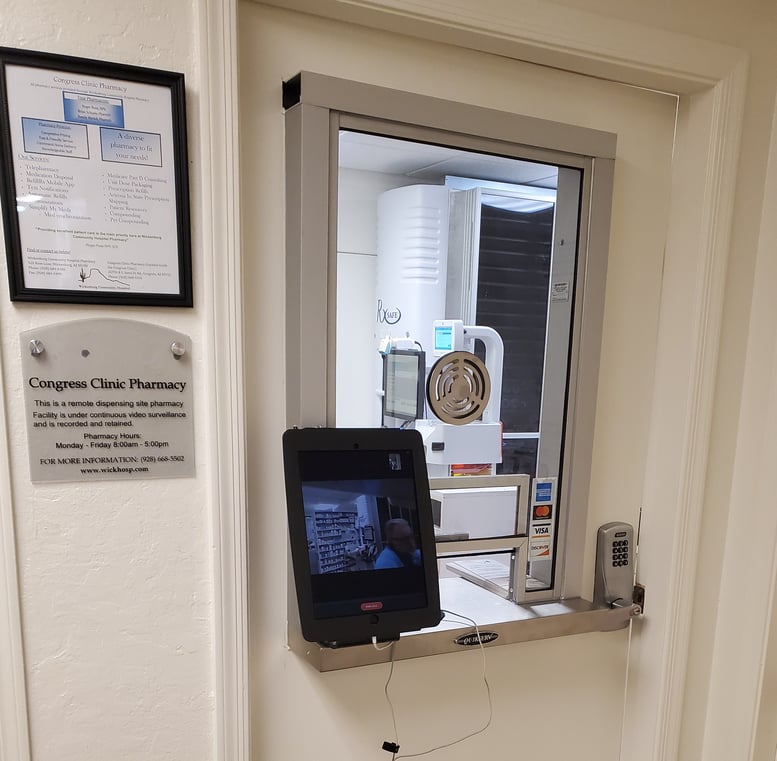 What has been the patient reaction/feedback?

Feedback has been great. People certainly enjoy the convenience of getting their prescriptions filled right after their appointment or swinging by to quickly pick up their refills. They are really happy they no longer have to drive 30-40 miles round trip just to find out they have to wait another hour until their prescription is ready.

How has the telepharmacy impacted the community of Congress?

Studies have shown that any time a patient has to travel to get their medication filled, over 50% of the time they either don’t get those prescriptions filled or they are late in getting them filled. By bringing telepharmacy to Congress, we are providing them the opportunity to improve that statistic and positively impact the community’s health. When residents have to run to another town to get their prescriptions they often decide to see the physician in that town as well. Telepharmacy makes it easy for people to use the clinic in Congress to visit the doctor and get their medications in one place. It really presents a win-win for everyone. 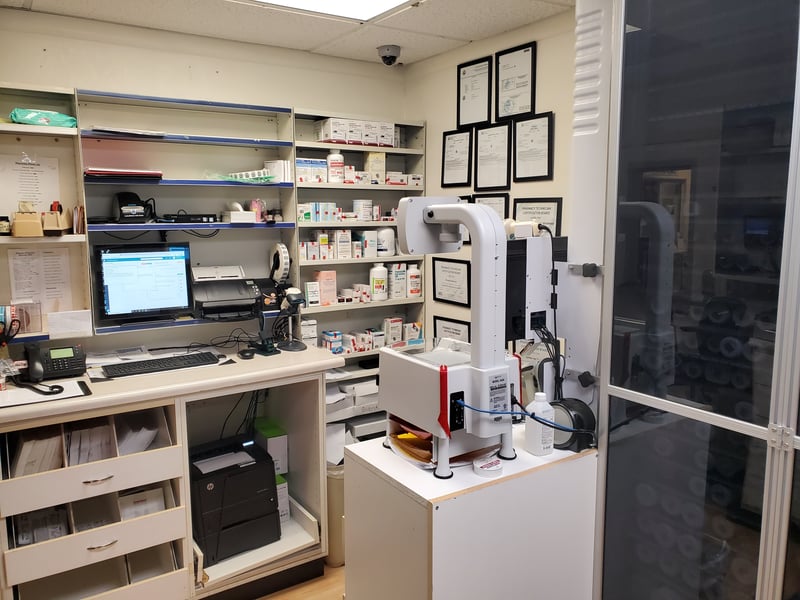 How has your staff responded to the telepharmacy practice?

Our technician who works at the telepharmacy was unsure of things at the beginning. She was not totally comfortable with the extra responsibility and the fact that she’d be working alone, but she has come to really like it now. With telepharmacy, all it takes is performing your duties with care and making sure you’re going by the book, and things go smoothly. Technicians aren’t asked to do anything that they don’t already do in a traditional setting. They still fill prescriptions, talk to patients, and have the pharmacist available instantly if they have questions or need help. Once she got used to the new level of responsibility, she began to really enjoy the freedom and she feels like a valuable part of the team.

What advice would you give someone pursuing telepharmacy?

When you’re just starting out, it’s going to take some time to build volume and get it going. You have to remain patient and remember why you’re doing it. Opening a new pharmacy in an area that is underserved has a positive impact community-wide. You’re providing an important service to people who need it. Keep working to get the word out and drive traffic to the telepharmacy. You obviously want to have a positive bottom line, but if you do the right thing for the right reason, it will have a positive impact in more ways than one.